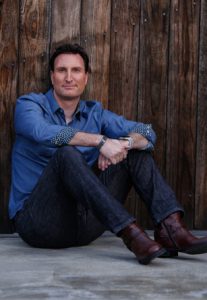 A performer since age five and professionally performing since the age of sixteen, music has always been in Jon Dowling’s blood. A drummer, pianist and songwriter as well as Berklee College Graduate, Jon has toured, recorded and performed with the likes of Michel Camilo, Bruce Hornsby, Lanny Isis, Toto and many more artists. In addition Jon has been a teacher and master class educator during his career. Now focusing on his own band and original music (Jon Dowling & The Experience) Jon happily lives in Los Angeles working to make his own stamp within the industry and the Hot Adult Contemporary Music scene for many years to come.

Jon has been influenced by many musicians which taught him versatility in a broad range of styles, all of which have served Jon well over the course of his life. Jon has been called to do many types of sessions, but he is particularly known for his Pop/Rock mixed with Latin/Afro Cuban flair, most evident during his time performing with the Syotos Band, the main supporting band for Tito Puente for many years.